Every year, on July 2 and August 16, a famous spectacle brings back an old custom - mark the dates! 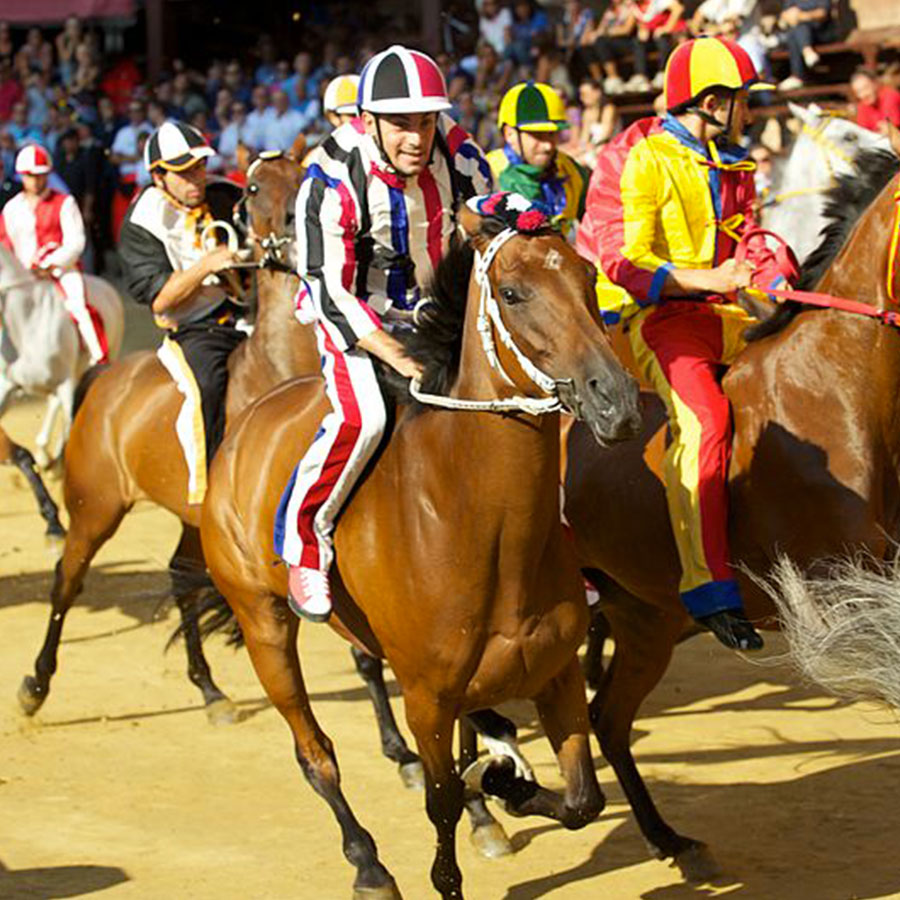 The "contrade" (city wards) of Siena participate in the renowned "Palio di Siena" horse race. The first palio with horses was run in 1644, and some of the rules from that time are still in effect today. Every year, it takes place on July 2 and August 16.

It is advised that you arrive at Piazza del Campo at least an hour before the Historical Parade (4:15 p.m. for the July Palio and 3:45 p.m. for the August Palio).

The jockeys will have to complete three laps of the track for a total of about 1,000 meters, and only the first to arrive will be victorious. The festivities begin immediately: the contradaioli receive the Palio and with that they go to the Basilica (for the July Palio) or to the Cathedral (in August) to sing the Maria Mater Gratiae to thank Saint Mary.

After the Palio, the winning ward will take any chance they get to remind the city of their victory on the Campo and celebrations go on until fall, when a festive "victory dinner" is held between September and October. Participants inckude the "contradaioli" of the winning ward and of course the horse, with its special place of honor among the wards' decorations and people, to be admired like a true hero..

ASK ABOUT THIS EVENT ALL EVENTS

WE ARE WAITING FOR YOU IN SIENA