The symbol of the city 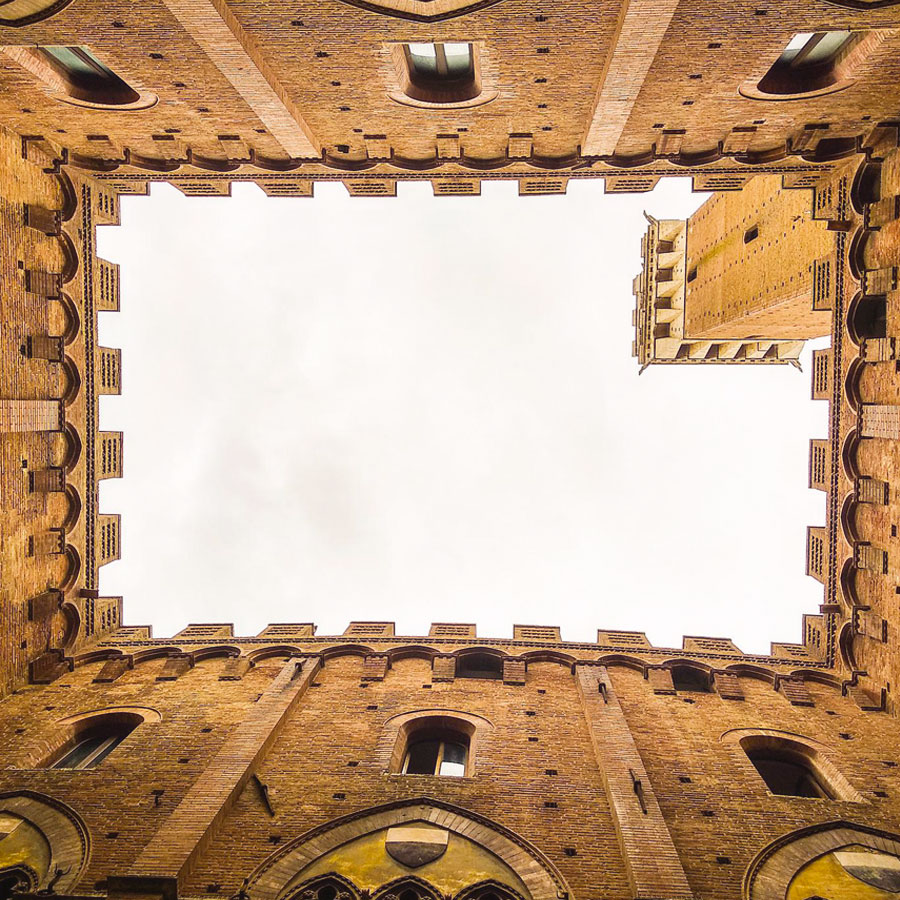 The Torre del Mangia, a feature of the city's skyline, is the civic tower of the Palazzo Comunale in Piazza del Campo. At 88 meters high, it is among the tallest of Italy's ancient towers, and although it is positioned at the lowest part of the city, it reaches the same height as the bell tower of Siena Cathedral, a testament to the balance between celestial and earthly power, with neither overtaking or imposing itself on the other.

Its name comes from the nickname of the first bell-ringer: Giovanni di Balduccio, nicknamed "Mangiaguadagno" or simply "Mangia". He began ringing the tower's bells in 1347, and although a few years later, as early as 1379 the ringing of the bells was automated, the tower's name remains to this day.

Climbing the Torre del Mangia is an experience not to be missed once you arrive in Siena: you will have to tackle a whopping 332 steps to reach the top, but the view and panorama you will find will have fully repaid the effort! Unless, of course, you are a university student: in this case, popular legend advises against climbing to the top of the Tower, to avoid losing their degree! The choice is yours: defy superstition or remain cautious?

WE ARE WAITING FOR YOU IN SIENA!

Experience our hospitality during your vacation in Tuscany: fill out the form below or call us at 0577.285006