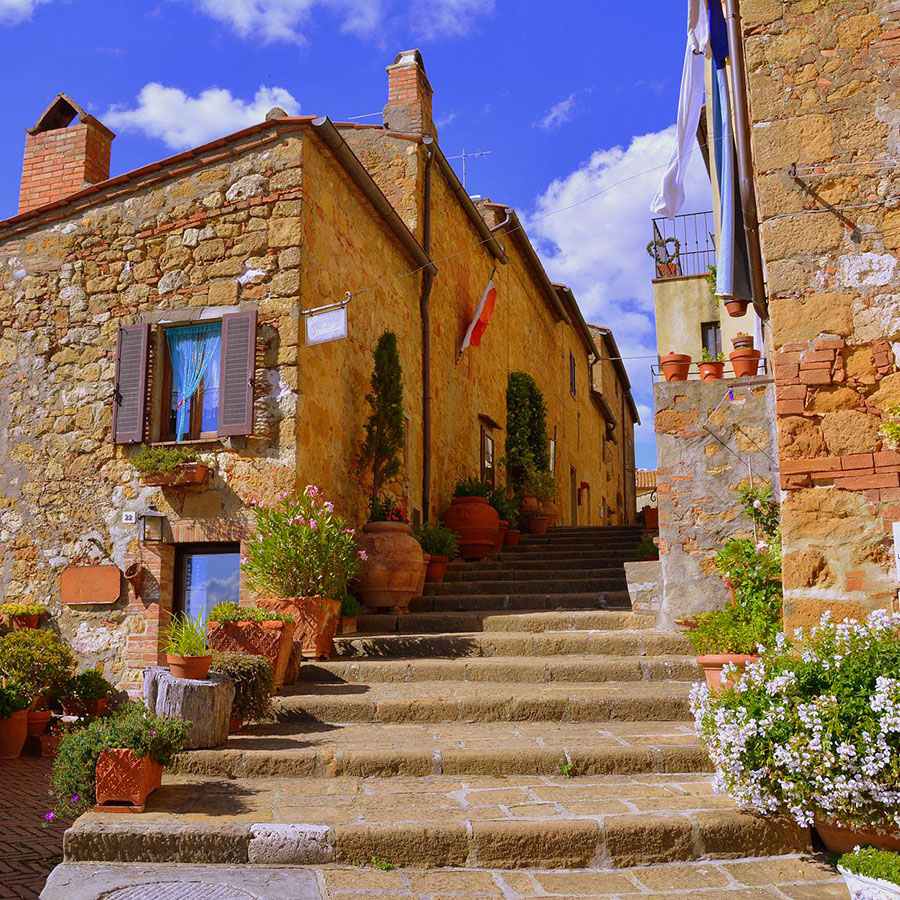 In the Val d'Orcia, surrounded by the marvelous and world-known landscapes of Tuscany, rises Pienza, the city desired by Enea Silvio Piccolomini, a Sienese nobleman who became Pope under the name of Pius II, who in 1459 decided to commemorate his origins by creating this village.

Thus under the guidance of Leon Battista Alberti and the Florentine architect Bernardo Rossellino, one of the most famous examples of 15th-century urbanization was created. We suggest you visit the Cathedral, the Bishop's Palace, the Town Hall and taste the most famous local product: the Pecorino cheese of Pienza!

Arriving from Siena, on the car ride, you can stop at several noteworthy towns: San Quirico d'Orcia, another well-preserved medieval village; the Chapel of the Madonna di Vitaleda, an unparalleled sight surrounded by cypress trees; Castiglione d'Orcia, a postcard symbol of this beautiful part of Tuscany; and Buonconvento, along the ancient Via Francigena.

WE ARE WAITING FOR YOU IN SIENA!

Experience our hospitality during your vacation in Tuscany: fill out the form below or call us at 0577.285006